For many, 2016 will be remembered for a controversial yet historic presidential election. Regardless of who won, putting people back to work would be paramount to bringing the country back from the brink. So it should be unsurprising that one of the prevailing issues for both candidates was unemployment.

During the last economic recession, unemployment rates soared. Even though they’ve fallen to less than 5% (United States Bureau of Labor Statistics), Americans are still commonly underemployed, working less than 40 hours a week or relying on numerous part-time jobs to make ends meet. We were interested in how unemployment would affect how people voted this year, so we created an online poll to see where people stood. The results may not be what you’d expect.

Question 1: Are You Employed or Unemployed?
To start the poll, we needed to know if people were employed or not. Of the nearly 500 people who responded, a staggering 70% were currently unemployed. 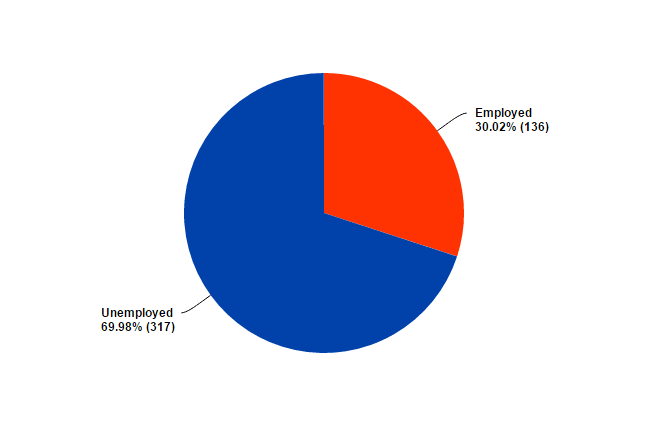 Question 2: If Unemployed, How Long Have You Been Looking for a Job?
With this many respondents currently looking for a job, we were interested just how long they’ve been searching. While the majority who took the survey had been unemployed for less than three months, nearly 30% had been jobless for over six. Even with the national unemployment rate dropping, Americans are still regularly looking for work. 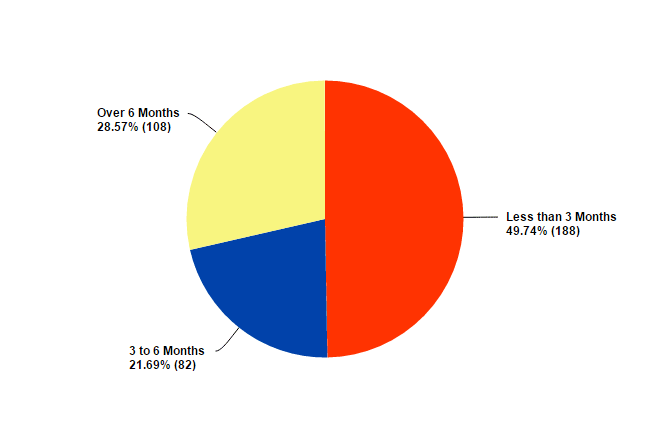 Question 3: Are You Registered to Vote?
In order to get a better idea of who answered our poll, we were curious if those who responded were registered to vote. Well over half (58%) said that they were indeed registered.

Question 4: Are You Registered as a Republican or Democrat?
Being registered to vote is one thing, but in today’s political climate, how you register can be just as indicative of the greater issue. Those still without consistent work may consider what each political party, and therefore candidate, would be able to do for them. In our poll, a surprising 44% said they were registered as neither Republican nor Democrat and instead considered themselves Independent. Conversely, only 22% were registered Republicans, while 34% were Democrat. 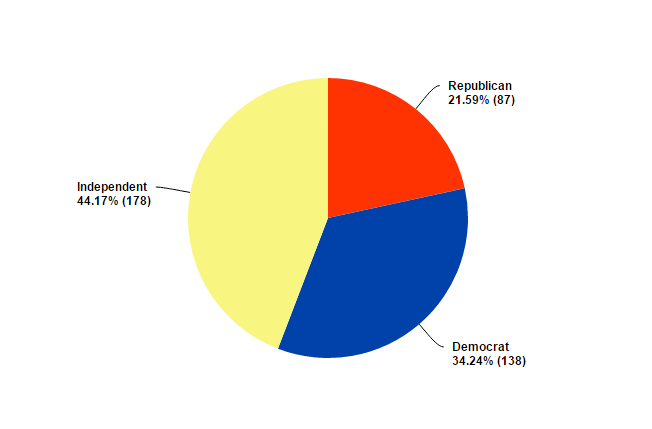 Question 5: Do You Plan to Vote Republican or Democrat?
With so many of those polled claiming membership to neither major political party, we were curious just how those who responded planned on voting. The vote for Republican candidates stood at right around 25%, while those who intended to vote Democrat and Independent rested at 37% apiece. 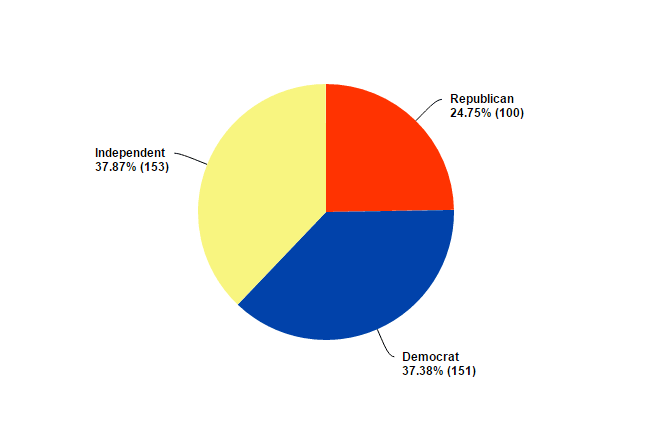 In the end, Americans face unemployment and hope for change in any election year. By registering to vote and then choosing the candidate that will help create jobs is really the only way to effect those changes. Matching your party of choice to the issues can help correct the lack of jobs over time, and those who took our poll seemed to show just that.