Guide to the 2015 Holiday Hiring Season 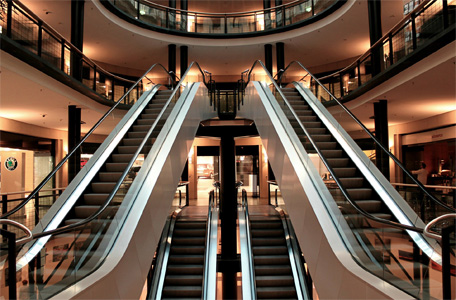 Drive around any neighborhood this time of year, and you’ll see signs that fall is in the air. The leaves in the trees have begun to turn, front lawns are now graveyards featuring ghouls, goblins, and witches, and specialty Halloween stores have been popping up for the better part of the last two months. According to the National Retail Federation (NRF), Halloween represents a multi-billion dollar industry. Economists project this year’s Halloween-related sales will top out at nearly $7 billion, with consumers celebrating All Hallow’s Eve spending an average of $80.00 per person.

What you’ve also probably noticed is that a lot of retailers are already beginning to gear up for the upcoming winter holiday season. Despite the fact that many of us would rather not think about winter just yet, Thanksgiving and Christmas are right around the corner, and they represent the most profitable times of the fiscal year for major retail chains across the country. But in order to achieve their desired profit margins, retailers need to add additional staff to offset increased holiday patronage.

Seasonal Hiring Projections
Last year, U.S. retail companies hired on over 786,000 seasonal workers to perform everything from customer service to sales, stocking, and even loss prevention. This year, economists are projecting slightly lower numbers for seasonal hiring, with estimates falling between 700,000 and 755,000 added workers. The dip in holiday employment seems strange given many analysts are forecasting as much as a 2.4% increase in shopping for the Q4 season in 2015. NRF officials recently released statements saying they believe the season will yield a 3.7% increase, which sits well above the 10-year average of 1%. In 2014, sales rose by 4.1% from the previous year, with seasonal sales topping the $600 billion plateau for the first time ever. Hopes for the 2015 holiday shopping season have retailers banking more than $630 billion.

Which Retailers Are Hiring?
In 2014 alone, consumers spent an average of $800 on holiday items like decorations, food, packaging, gifts, and whatever else you can think of. Remember that figure from Halloween sales? That’s right. We spend around 10 times as much during the winter holiday season as we do on fall seasonal items. Because of this, retailers hire on small armies of employees to combat the busy rushes. Below is a list of employers hiring for the 2015 holiday season along with expected numbers of workers each company hopes to add:

Package Delivery Companies Also Hiring in Big Numbers
Increases in holiday shopping this upcoming season have also spurred major parcel carriers to add more workers. UPS and FedEx are expected to hire a combined 95,000 people over the next month or so to handle packages, process orders, ship goods, and assist customers. Of the two companies, UPS looks like the best bet for seasonal work, as the employer outwardly intends to add 90,000 new employees for the holidays. FedEx hires seasonally throughout the year but will add around 5,000 seasonal workers for Q4 this year.

Final Thoughts
Retail companies call it “The Super Bowl,” and depending on how their stores do, they can either win big or lose what could feel like everything. Large companies hedge their profits with added seasonal sales. Poor performance in Q4 can often spell trouble for the coming year when it comes to investors. And since nobody likes a sinking ship, retailers add thousands of employees to ensure success. News outlet WFMJ in Youngstown, OH, recently published a press release on seasonal hiring. The press release indicated one-third of retail employers intend to add seasonal workers during Q4 this year, which builds upon last year’s 26% of employers hiring seasonally. More than half of the one-third report they intend to move those seasonal employees into full-time positions after the holidays. Pay for holiday jobs looks to begin around $10.00 an hour and cap off at $16.00 for most retail positions.