Hiring process information for an interview at Chuck E. Cheese's

How to Get a Job at Chuck E. Cheese

The Chuck E. Cheese interview process begins when management reviews the application of a potential hire. Applicants should hear from a hiring manager about scheduling an interview within a week. Once an interview is set, applicants can begin preparing.

Each position requires a certain skill set to do the job duties. All employees considered for a Chuck E. Cheese interview should have people skills and enjoy an environment working with children. Hopefuls who have interest in being a Cast Member need enthusiasm and ability to perform in front of a large crowd.

Chuck E. Cheese interviews typically last a half an hour. Management sits down with an applicant to discuss prior work experience, reasons the candidate would be a good fit, and future goals with the company.

With any interview there are set questions for the varying positions. Knowledge of the restaurant can help applicants answer some questions. Work ethic is excellent for hopefuls to point out during the questioning. Examples of Chuck E. Cheese job interview questions:

Dressing well helps applicants look professional and ready to take on the Chuck E. Cheese job. Keeping a neat appearance, along with having clean clothing and shoes, gives job seekers an advantage. Personal hygiene takes a great role in looking at the part of working in a restaurant.

The Chuck E. Cheese hiring process weeds out ideal candidates. The company contacts the job hopeful fits the restaurant employment needs. New workers can plan on starting the new job around a week after the offer is accepted.

Interviewer: Please describe your job title and primary duties.
Chuck E Cheese Cashier: For sure. So, when I was at Chuck E Cheese, I was a cashier there, so whether it’d be ringing up orders for pizza, or giving tokens to the families that are coming in. That was my primary job.

Interviewer: What was your favorite part about working there?
Chuck E Cheese Cashier: Just the hours. When I was looking to get and build the money that I was trying to while working there, because most of the time, they’re really understaffed, so lots of hours when needed. It was definitely there for me.

Interviewer: Please describe the application and interview process.
Chuck E Cheese Cashier: It was a bit difficult and different from other jobs that I’ve had. It did have a website process that you put it in, and I put it in. With it being one of my first jobs that I’ve ever had, it was difficult for me, because I was expecting a fast turnaround, a couple of days. It took them almost two, two and a half weeks before I was hearing back from them, and at that point, I wasn’t even sure if I was going to get contacted at that point if I gotten the job. So, then after that, I got called in for an interview. Interview was a very extensive process with everything they asked. It was a 30 to 40 minute interview. With a place with Chuck E Cheese, I figured it wouldn’t take that long. But the extensive search that they did do, and by the end of it, they did end up liking who I was, and the manager hired me after the two and a half week waiting for that email application to be responded and getting that phone call, as well as the 30-40 minute interview.

Interviewer: What questions did the interviewer ask during the job interview?
Chuck E Cheese Cashier: They focused on with it being one of the first jobs, is like, are you going to be okay with this environment? How are you with children, because Chuck E Cheese is a big spot for kids to go, as well as birthday parties? And just handling different environments with food too, because they’re very well known for their pizza, so just lots of people asking you questions on dealing with customer service too, because that’s a huge thing with food and games, as well as birthday parties. You want to have that hospitality with the guests that are coming in to make sure they’re having a good time.

Interviewer: What set you apart from other candidates?
Chuck E Cheese Cashier: With it being a first job, and me being nervous, they knew I was eager to get one of my first jobs there, so they knew that I was ready and well ready to work for them, and just know that I’m going to give my best, because I want to look good in front of my employer to know that I care about them, and that I’m willing to do what it takes to be able to keep the job and make them happy.

Interviewer: What other advice would you give to a job seeker looking to gain employment?
Chuck E Cheese Cashier: If you’re looking for a job at Chuck E Cheese, and you definitely need hours, and that’s something you’re looking for, that’s definitely the place, as well as building on customer service with having three different aspects with the birthday parties, the games, as well as the food. There’s a lot to learn from them with getting a job.

Interviewer: Please describe your job title and primary duties.
Chuck E Cheese Party Hostess: I was a party hostess and I was also a kid check, which is when they stamp hands when you come inside. A party hostess is when little kids have birthday parties, you just introduce them to Chuck E Cheese and you help get them pizzas, and get them token, and stuff, and make their party experience really awesome.

Interviewer: What was the work environment like?
Chuck E Cheese Party Hostess: It was really fun. Every hour, you get to dance with Chuck E, and then they throw out tickets at the end, and all the kids just like try and grab it up, and it’s really funny. There’s always music playing, so if you’re really bored at work and you need to have music playing, there’s a lot of fun stuff. There’s like light shows everywhere and people playing games. It’s never boring.

Interviewer: What was your favorite part about working there?
Chuck E Cheese Party Hostess: Probably, actually being Chuck E because people have to rotate being Chuck E. There’s not just one person. Then when you’re in the suit, everybody’s like, “Oh my gosh. Look. Chuck E’s here.” It’s just so funny to see people’s reactions. Some people, they’re just like crying when they see Chuck E because it’s like their idol or something. It’s just so funny.

Interviewer: How would you describe the application and interview process?
Chuck E Cheese Party Hostess: The application is online. It’s really easy. You just type in your credentials and all the things that would normally be on an application. Then, you have to go through this kind of like quiz thing that just you pick answers that would basically describe what you would do in different situations. If you answer in a way that kind of isn’t appropriate, they would discuss that in the job interview if you get one.

Interviewer: What questions did the interviewer ask during the job interview?
Chuck E Cheese Party Hostess: What kinds of things you do extracurricular is the one that stands out. They also, they said, “Do you have a reliable source of transportation?” Because sometimes at the job, if they don’t have something, they’ll be like, “Hey you. It’s in the store and go get this real fast,” or something like that. Then they’ll call you and they’ll be like, “Hey. We need you to come in at this time. We’re going to call you in.” You need to have a reliable source of transportation for that too.

Interviewer: What set you apart from other candidates?
Chuck E Cheese Party Hostess: I was always smiling. People like it when you smile. When people are like, “Whatever,” or just like standing in the back. If you smile, and you wave, and you just explain what your name is, and what you do, and stuff like that, people will be a lot nicer to you.

Interviewer: How were you notified that you received the job?
Chuck E Cheese Party Hostess: They called me and it took about three days. They were like, “Hey. We want to hire you,” or, “We want to give you a job interview.” Then, on spot on the interview they were like, “We’re going to hire you here today so you need to come in for your paper work and stuff.”

Interviewer: What other advice would you give to a job seeker looking to gain employment?
Chuck E Cheese Party Hostess: If a parent gets really mad at you when you’re there, don’t take it too hard because it happens sometimes. For party hostess especially, they want their party to be perfect because they have a bunch of family members coming, and they just want it to be awesome and better than everyone else’s. If they get mad at you, just don’t take it too hard because it happens. Some people, they’re just really nice about it.

Interviewed with Chuck E. Cheese's Before? Tell us about it in the box below! Cancel reply 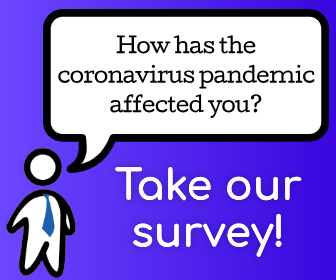